Why Do We Celebrate Navratri Festival? – History, Celebrations And Significance Of 9 Days!

Festival of dance, colors, music, light and divinity is around, and people are pepping up to celebrate Navratri in full swing. But how many of you understand the significance of this festival, and what is its history? Looking at the preceding days of this festival, you can see the markets flooded with paraphernalia (Garbo) of mud and colorful sparkling mirror embellished attire. Matching oxidized jewel chunks and glittering bangles add to the charm of its festivities!

It is a nine-day fest that embraces the victory of good over Evil, ending with Dussehra, the 10th day after Navratri. Welcoming Goddess Durga and rejoicing their presence with various offerings and celebrations is the real crux of this festival. Let’s know more about its history, importance and significance of every day in the nine days.

Navratri ( Nava Ratri) means Nine Nights of celebration for Goddess Durga. Although Hindus all across India religiously celebrate this festival with full devotion, its celebration ways differ from region to region. Navratri arrives four times in a year, and the one occurring in Autumn is known as the Sharad Navratri. Its celebration takes place with full enthusiasm and galore to praise and honor the divinity of feminism. As per the Hindu calendar, it arrives in the month of Ashwin, which refers to the Gregorian months of September and October.

History – Why is Navratri Celebrated? 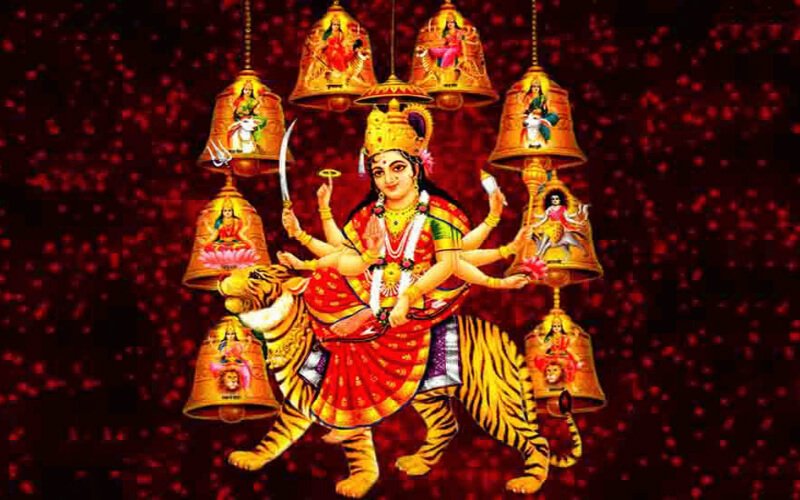 There are numerous reasons for celebrating this nine-day festival, and it confides several folklore and tales referring to it. But it stands by the common theme which honors and recognizes the victory of good over Evil. Two renowned stores govern the glorious history behind the celebration of this festival. Various parts of the country have their belief in different stories and tales.

The Northern and Western parts of India follow the first story, which talks about the galore of Lord Rama, who killed demonic Ravana on Dussehra for the offense of Kidnapping his wife, Devi Sita. It precedes the 9 days of the Navratri celebration, where it is a belief that Lord Rama worshipped Nine Goddesses on nine days and gathered the power to kill evil Ravana. There is a recital enactment of ‘Ramayana’ for nine days and the 10th day ends with the final fight between the Rama and Ravana. Popularly known as Ramlila, you can witness the final celebration with the burning effigies of Ravana.

The second story for Navratri Festival glorifies the magnificence of Goddess Durga. Eastern and North Eastern Indian states celebrate this festival to glorify the victory of Goddess Durga over the buffalo Demon Mahishasura. She successfully established the Dharma (Justice) and peace over evil interests. After the 9 days of Navratri celebration, the 10th day gets memorialized with the iconic Durga Pooja. ‘Devi Mahatmya’ wrote this story so that the coming generations of this country can learn about the galore and virtue of goodness.

Further, the Southern states of the country celebrate Navratri in several ways to worship the Goddess and celebrate unique ways. 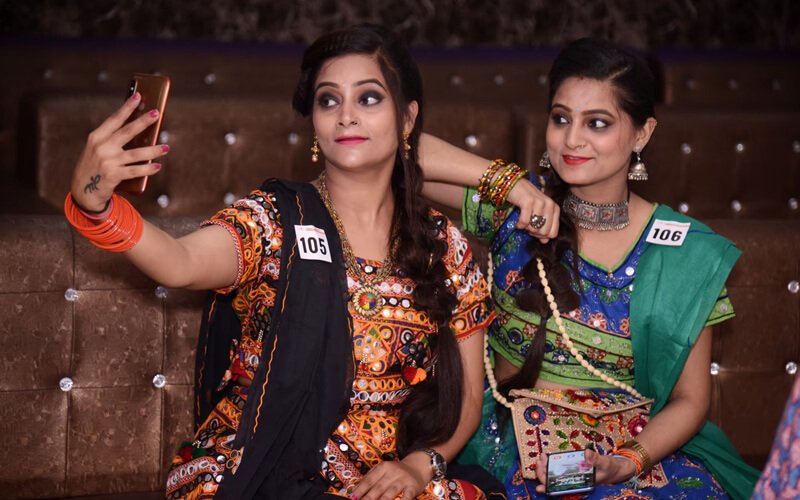 Hindus all over the country celebrate Navratri, and the states of Maharashtra and Gujarat have a unique flavor to it. Especially in Gujarat, the Garba and Dandiya celebrations catch the whole country’s eye as people from various regions visit here to be a part of this mega event. There are several huge arrangements where the crowd gathers in colorful attire to dance around the Goddess Durga and worship her with their auspicious Garba steps. It is a fun event where competitions go on, and participants take part in full flow to enjoy the nights.

Even in Maharashtra, various societies, pandals and communities organize the Navratri fest of nine days and the streets, and markets get adorned with colorful lighting that is worth a glimpse. In Northern states like Delhi, a 10 day fair of ‘Ramlila’ occurs where families and friends come to visit in groups and enjoy the fun rides, games and food over there. It is a must-see event if you wish to connect with the marvels of Indian Culture. Even the family’s elders chant the Holy Scriptures to create a positive environment in these nine days.

Many people also keep fasts for nine days and worship nine small girls (Kanya ) and one boy (Languda) on the 9th day to complete the fast. They offer them Halwa Puri Prasad and give presents to make them happy. The arrival of little girls in the house symbolizes the blessings of Goddess Durga, and it is an auspicious practice that is part of Indian Culture for ages. On the 10th day or Vijaydashmi, people immerse the idols of Goddess Durga in waters just like they do in Ganesh Chaturthi.

Apart from the Goddess Durga and Lord Rama, there are other deities like Saraswati, Laxmi, Shiva, Ganesha, Kartikeya and Krishna, whom people worship on Navratri in other parts of India. May it be in any form, the celebration aims at worshipping the Gods and Goddess to celebrate the auspicious festival blissfully.

Significance of the Nine Days of Navratri

Celebrated in the name of Goddess Shailputri, it is the first day of this festival. It is a powerful avatar of Goddess Durga that confines supreme Brahma, Vishnu, and Mahesh’s power.

On this day, people worship the Goddess Brahmcharini and the second avatar of Maa Durga. She signifies the epitome of prosperity, happiness and peace. Her existence depicts the way to Moksha and fills our lives with positivity and happiness.

Third day celebrates the next avatar known as Goddess Chandraghanta. You can get mesmerized with her serene beauty that embraces grace, tranquillity and prosperity in life. She also symbolizes the bravery and courage.

People worship Goddess Kushmunda on this day, and she is known as the creator of the Universe. It is a belief that the Universe came into existence with her laughter.

Celebrated with the next avatar of Durga Mata, Goddess Skand Mata replicates the mother to Skanda or Karthikeya. Chosen by the supreme powers, she was the main head in a war against the demons. She depicts a vulnerable mother’s strength and courage who can stretch to any boundaries when there is a need to protect their child in adverse situations. Her motherhood forces her to take a firm stand and fight with the demons.

Katyayani Devi is the 6th Goddess worshipped on the sixth day of Navratri. She was a daughter to the famous sage, Kata, who was also an avatar of Durga. Her auspicious orange attire exhibits her courage and bravery.

Next Goddess is ‘Kalratri,’ representing the dark complexion goddess who is fearless and fierce. Her messed up hair and the valiant posture signifies her strong persona. Dressed in serene white attire, she is an epitome of contradictory feminist qualities. It says that a strong woman can be fierce and peaceful at the same time.

It celebrates the Goddess Maha Gauri, who is the 8th avatar of Devi Durga. She represents the peace, calmness, prosperity and intelligence in the purest forms.

Ninth day celebrates the Goddess Siddhiratri. She is known for the miraculous powers she has for natural healing with the use of her superpowers. This Goddess is divine and blissful, just like the endless blue sky above.

Another exciting aspect is that there are 9 colors dedicated to each day of Navratri, and women follow the dress code in offices, gathering and even at the Garba-Dandiya celebrations. These auspicious colors dignify the happiness, optimism and prosperity around. This festival’s real essence is the vividness of its celebrations and yet a common emotion that depicts the celebration of feminism at its peak.

Now you know every bit of Navratri celebration right from celebrations to its history and significance each day. All this takes you to a splendid and vast spread roots of Indian Culture that is full of heroism and victories. It preaches the desirable fact that India has registered the triumph of good over Evil in every Yug (Era), and it always stands by what is real and rightful! This might be a big reason to worship and preach the power of truth, and even the whole abides by the traces of our historical Culture. If you also wish to relish the festival of dance and decorations, pep up for the nine-day festival and get ready to enjoy the festivities with full enthusiasm!