Sing Along These Short Poems on Animals with Your Kids 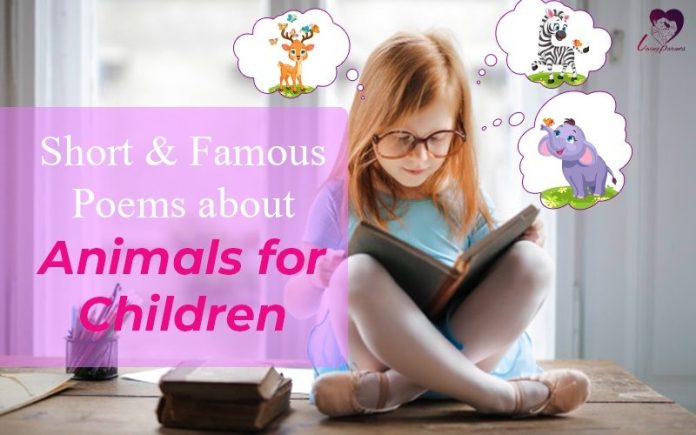 Learning via rhyming and poems is a classic teaching technique. It is easier for kids to learn something when they can sing along with it. Have you ever seen your child pump up with energy as soon as you play the Shark Do-Do-Do song on TV or radio? My kid just starts jumping and singing the song as soon as the music starts. And to be honest, the song is pretty catchy. I know it’s going to stay stuck in your head for a good 24 hours at least, which is the power of music, rhyming and poems.

Kids are always fascinated with the majestic animals and you can see that almost every poem has some or the other reference to an animal. Teaching them about the species and subspecies of wildlife using short poem on animals can be a good way to start the learning process.

Here are a few animal poems for kids that you can teach them:

1. The Old Macdonald Had a Farm 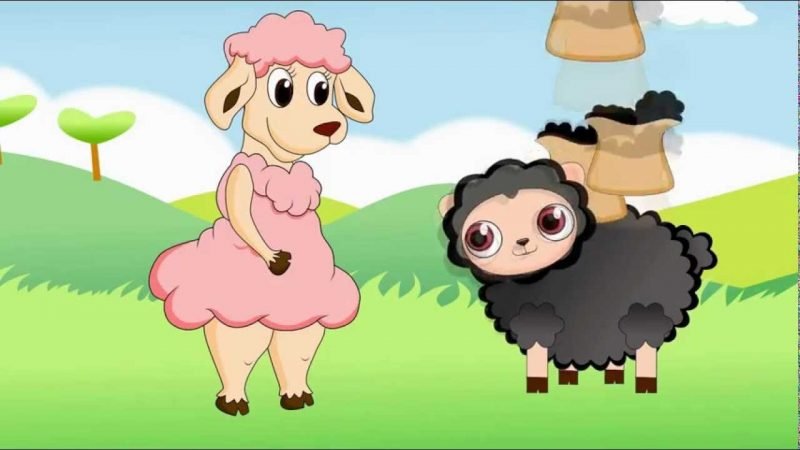 Have you any wool?

One for the master,

And one for the dame,

And one for the little boy

Who lives down the lane.

3. Mary had a Little Lamb 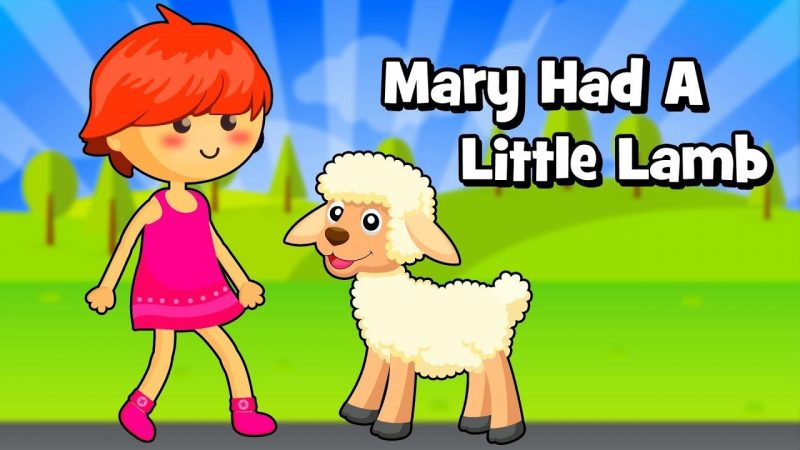 Mary had a little lamb,
whose fleece was white as snow;
And everywhere that Mary went,
The lamb was sure to go.

It followed her to school one day,
which was against the rules;
It made the children laugh and play,
To see a lamb at school.

And so the teacher turned him out,
but still he lingered near;
And waited patiently about
Till Mary did appear.

“What makes the lamb love Mary so?”
The eager children cry;
“Why, Mary loves the lamb, you know,”
The teacher did reply. 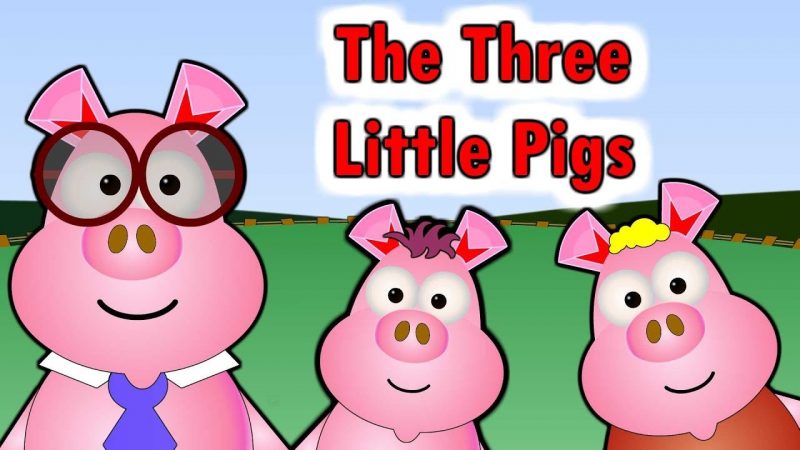 The animal I really dig,
Above all others is the pig.
Pigs are noble. Pigs are clever,
Pigs are courteous. However,
Now and then, to break this rule,
One meets a pig who is a fool.
What, for example, would you say,
If strolling through the woods one day,
Right there in front of you you saw
A pig who’d built his house of STRAW?
The Wolf who saw it licked his lips,
And said, ‘That pig has had his chips.’
‘Little pig, little pig, let me come in!’
‘No, no, by the hairs on my chinny-chin-chin!’
‘Then I’ll huff and I’ll puff and I’ll blow your house in!’

The little pig began to pray,
But Wolfie blew his house away.
He shouted, ‘Bacon, pork and ham!
Oh, what a lucky Wolf I am!’
And though he ate the pig quite fast,
He carefully kept the tail till last.
Wolf wandered on, a trifle bloated.
Surprise, surprise, for soon he noted
Another little house for pigs,
And this one had been built of TWIGS!

The Wolf said, ‘Okay, here we go!’
He then began to blow and blow.
The little pig began to squeal.
He cried, ‘Oh Wolf, you’ve had one meal!
Why can’t we talk and make a deal?
The Wolf replied, ‘Not on your nelly!’
And soon the pig was in his belly.

‘Two juicy little pigs!’ Wolf cried,
‘But still I’m not quite satisfied!
I know how full my tummy’s bulging,
But oh, how I adore indulging.’
So creeping quietly as a mouse,
The Wolf approached another house,
A house which also had inside
A little piggy trying to hide.
‘You’ll not get me!’ the Piggy cried.
‘I’ll blow you down!’ the Wolf replied.
‘You’ll need,’ Pig said, ‘a lot of puff,
And I don’t think you’ve got enough.’
Wolf huffed and puffed and blew and blew.
The house stayed up as good as new.
‘If I can’t blow it down,’ Wolf said,
I’ll have to blow it up instead.
I’ll come back in the dead of night
And blow it up with dynamite!’
Pig cried, ‘You brute! I might have known!’
Then, picking up the telephone,
He dialed as quickly as he could
The number of red Riding Hood.

‘My darling Pig,’ she said, ‘my sweet,
That’s something really up my street.
I’ve just begun to wash my hair.
But when it’s dry, I’ll be right there.’

A short while later, through the wood,
Came striding brave Miss Riding Hood.
The Wolf stood there, his eyes ablaze,
And yellowish, like mayonnaise.
His teeth were sharp, his gums were raw,
And spit was dripping from his jaw.
Once more the maiden’s eyelid flickers.
She draws the pistol from her knickers.
Once more she hits the vital spot,
And kills him with a single shot.
Pig, peeping through the window, stood
And yelled, ‘Well done, Miss Riding Hood!’

Ah, Piglet, you must never trust
Young ladies from the upper crust.
For now, Miss Riding Hood, one notes,
Not only has two wolfskin coats,
But when she goes from place to place,
She has a PIGSKIN TRAVELING CASE.

As soon as Wolf began to feel
That he would like a decent meal,
He went and knocked on Grandma’s door.
When Grandma opened it, she saw
The sharp white teeth, the horrid grin,
And Wolfie said, “May I come in?”
Poor Grandmamma was terrified,
“He’s going to eat me up!” she cried.
And she was absolutely right.
He ate her up in one big bite.
But Grandmamma was small and tough,
And Wolfie wailed, “That’s not enough!
I haven’t yet begun to feel
That I have had a decent meal!”
He ran around the kitchen yelping,
“I’ve got to have a second helping!”
Then added with a frightful leer,
“I’m therefore going to wait right here
Till Little Miss Red Riding Hood
Comes home from walking in the wood.”
He quickly put on Grandma’s clothes,
(Of course he hadn’t eaten those).
He dressed himself in coat and hat.
He put on shoes, and after that
He even brushed and curled his hair,
Then sat himself in Grandma’s chair.
In came the little girl in red.
She stopped. She stared. And then she said,

He sat there watching her and smiled.
He thought, I’m going to eat this child.
Compared with her old Grandmamma
She’s going to taste like caviar.

Then Little Red Riding Hood said, “But Grandma,
what a lovely great big furry coat you have on.”

“That’s wrong!” cried Wolf. “Have you forgot
To tell me what BIG TEETH I’ve got?
Ah well, no matter what you say,
I’m going to eat you anyway.”
The small girl smiles. One eyelid flickers.
She whips a pistol from her knickers.
She aims it at the creature’s head
And bang bang bang, she shoots him dead.
A few weeks later, in the wood,
I came across Miss Riding Hood.
But what a change! No cloak of red,
No silly hood upon her head.
She said, “Hello, and do please note
My lovely furry wolfskin coat.” 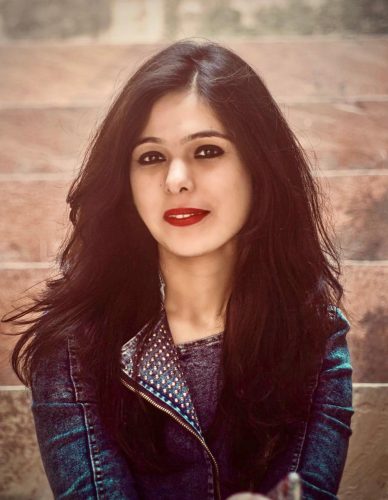