Most of us tend to determine if we are pregnant or not via self-analysis instead of going to the doctor at the first instance. This is so because we as women tend to get a slight idea first so that we do not get disappointed by the reports of the doctor. There are plenty of symptoms of pregnancy. We have mentioned a few of these below.

There are a plethora of hormonal changes that take place in the body during early pregnancy. This results in unnecessary mood swings which are an eminent indicator of initial pregnancy.

The most common symptoms of pregnancy is faintness as well as dizziness. During initial pregnancy, your blood vessels tend to dilate in addition to dropping off the blood pressure which results in you feeling dizzy. Low blood sugar is another reason that triggers faintness as well as dizziness. The temperature of the body also begins to usually stay at the upper end during the pregnancy period.

One thing that you cannot skip on observing is a missed period. This is one of the obvious symptoms of pregnancy. Most of the women get an idea that they are pregnant if they miss their period for the first time and get a confirmation in case they continue missing them for the second time. So, if you miss a period next time you need to get alert and look for other mentioned symptoms to get the confirmation.

Food aversions and cravings during pregnancy 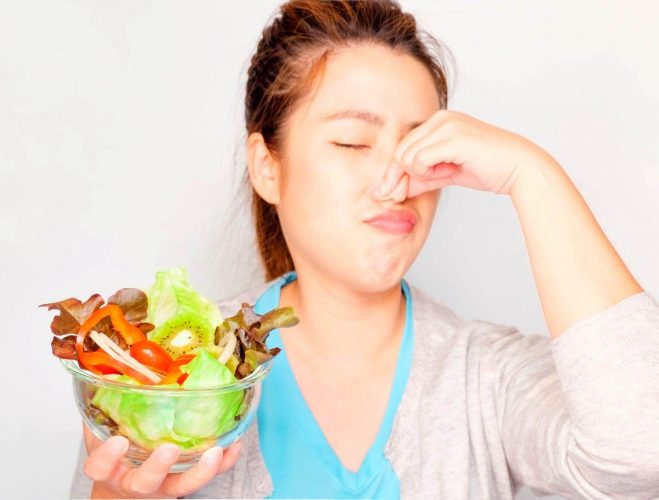 During pregnancy, you tend to get bothered by the smell of certain food. Also, you begin to crave a particular type of food. This continuous craving is an indication that you might have conceived as this usually happens because the fetus is getting attached to the uterus.

While you are pregnant, the blood circulation in the body tends to increase due to hormonal changes. Owing to this, you often tend to suffer headaches. Due to an increased level of progesterone, one of the most common symptoms of pregnancy is constipation. The food tends to pass slowly through the intestines which results in constipation.

Most people tend to ignore or underestimate this particular sign of pregnancy. We are talking about bloating. There are chances that bloating in your tummy might be due to something wrong that you have had but do know that it can be a potential sign of pregnancy as well. When you are at the initial stages of pregnancy, certain changes occur in bowel function. The hormonal changes that you undergo in addition to the prenatal vitamins result in bowel pandemonium which causes bloating. Thus, you need to watch out in case you are suffering bloating too.

The changes in how frequently you go to the washroom can also be a potential symptom of initial pregnancy. So, do keep a check on your frequency of going to the washroom. There are chances that you use the toilets extensively owing to have had enough of a liquid diet but it can be otherwise too. Your urinary bladder reacts to the bodily changes that are a result of pregnancy. One thing more that you need to know or check while urinating is that you face no burning or any sort of difficulty. If you face no issues but still use the toilet a lot then we believe that you have good news to share. This is simply an indicator that the increased volume of blood while pregnancy gets filtered by your kidney resulting in filling of the bladder frequently. Additionally, the growth of the uterus decreases the capacity of the bladder to fill.

Another most common symptom of initial pregnancy is getting tired too easily and too early. Almost all pregnant women agree on this. However, since most women do get tired in their daily routine also this symptom is a little dicey. Therefore, to distinguish whether your tiredness is a result of the pregnancy of your hectic schedule is hard to determine. 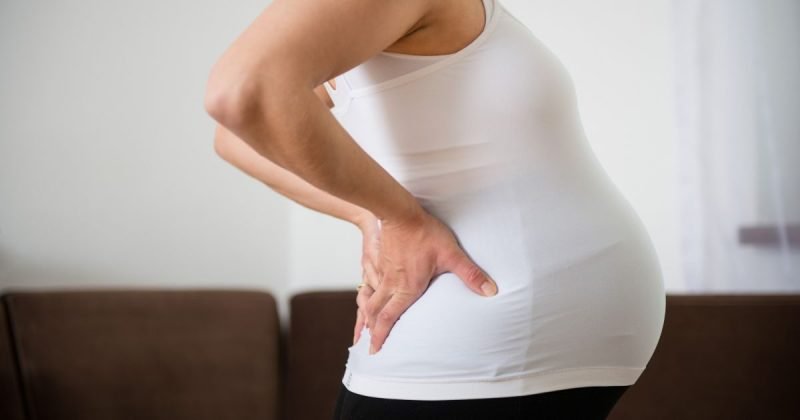 There are multiple instances when women suffer from lower back pain. While on one hand, it might be a warning to the onset of the period, on the other hand, it can be an indicator of initial pregnancy. However, most of us tend to ignore this especially if there is no other pregnancy symptom to accompany it. However, you need to note that the hormonal changes during your first trimester are a potential cause of lower back pain during pregnancy. 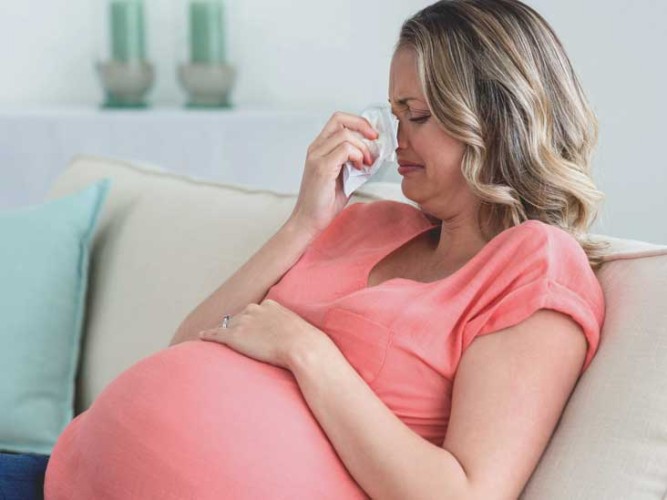 One of the most ignored pregnancy symptoms is the sensitivity that you experience in your nose. During pregnancy, the nose of the woman becomes very sensitive. Your sense of smell changes considerably while you are pregnant. Alterations in the hormone during pregnancy impacts the sense of smell, implying that women tend to feel certain smells more strongly.

During the first trimester of pregnancy, the chest of women becomes more sensitive. However, this sensitivity is quite similar to the one faced while your periods are about to onset which results in many women not taking this as a potential symptom indicating pregnancy.

During the first trimester of pregnancy, the chest of women becomes more sensitive. However, this sensitivity is quite similar to the one faced while your periods are about to onset which results in many women not taking this as a potential symptom indicating pregnancy.

Though these are very common, it does not necessarily mean that these will occur only if you are pregnant. These could also indicate other physical issues. Our recommendation to you is to go through home pregnancy tests using several kits available in the market. These home pregnancy tests often abbreviated as HPT can be tried when you first face some of the above symptoms of pregnancy. The way these tests work is by detecting the hormone human chorionic gonadotropin (HCG) in the urine. Once you test positive for HCG, it is highly recommended to speak to Gynaecologist so that prenatal care can be started at the earliest.