7 Common Childhood Illnesses and their Treatments 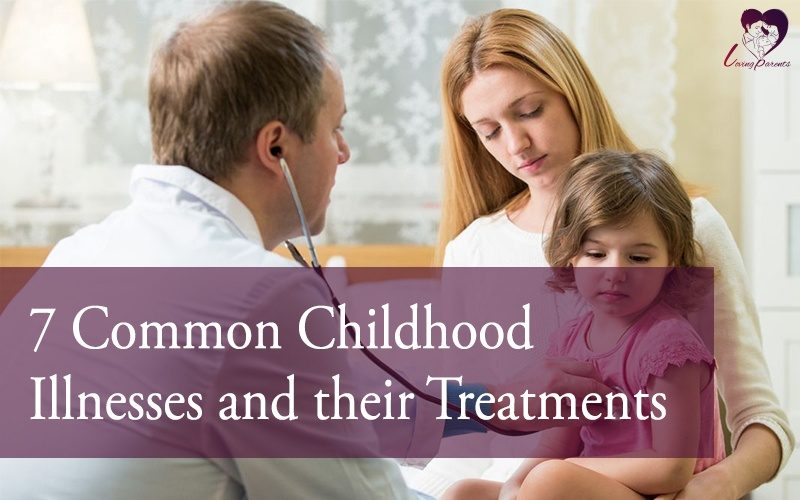 These winters, my daughter had just turned 2-years old, and it seemed like she kept catching one thing or other. It started with a common cold; cough followed by an ear infection and common Illnesses. It felt like there wouldn’t be an end to this charade.

As per doctors, a child’s immune system hasn’t been exposed to too many viruses and bacteria, and thus they are more prone to catching these common childhood illnesses. Children are also known to touch every surface, after which they put their hands in the mouth and play close to other children who might be infected, which make them an easy target for germs. Therefore, it feels like you are fighting a losing battle. But it wouldn’t always be like this. If you have a toddler or a young child at home, the chances are that you will have to take care of them from these below-mentioned Childhood illnesses, time and again. 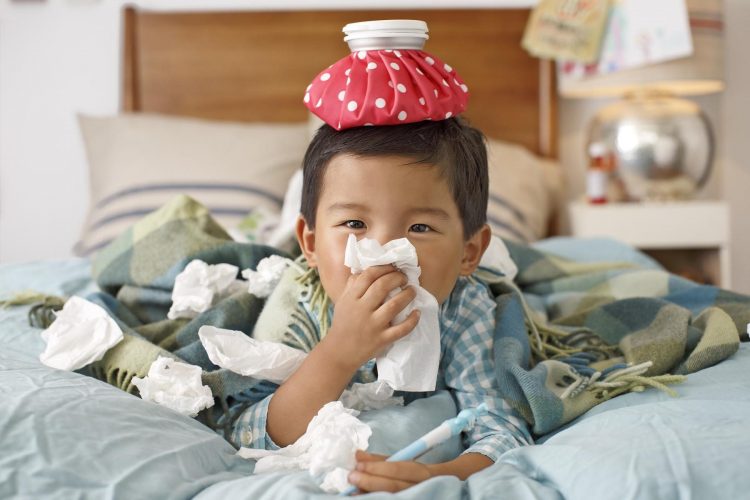 Okay, so if your child is still under your care, you should brace yourself up for about 8-10 bouts of common cold per year. The symptoms include a runny nose, constant coughing & sneezing, mild fever and constipation. But the slightest appearance of green mucus around the nose doesn’t demand antibiotics. Some of these bouts can be treated well effectively with some home remedies. If the condition requires, your doctor would suggest antibiotics. Here are a few things you can do: 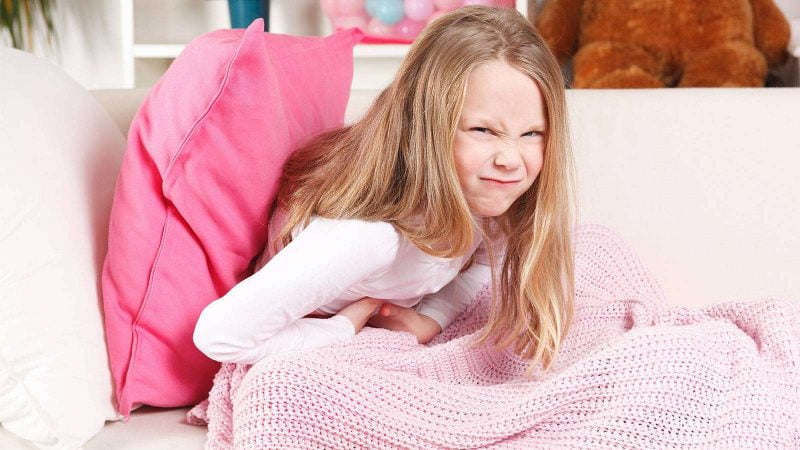 Another common childhood illnesses are stomach flu. If your child has been going to the washroom to drop a deuce more than 3-times a day, has watery stools and has been vomiting, he might have got a stomach bug. Some of the things you can do during this time are:

If your child has been complaining about pain in the ear, it could be a sign of inflammation. These inflammations generally happen in the middle or inner canal. The inflammation of the middle-canal inside the ear generally occurs in children between 6 to 18 months and lasts for a few days. This could be a sign of low immunity or could be caused due to second-hand smoke inhalation or allergies. Your child might also develop pain starting from the ear to the lower jaw due to a cold or pressure on their sinuses. In any case, do visit your doctor at the earliest as ear pain could lead to hearing loss.

Okay, we all must’ve gotten Chickenpox once in our lives. If you see red rashes that turn into blisters, and he’s got a mild fever, sure it is Chickenpox. Since it is contagious and can spread through direct contact or viral drops in the air from the infected person, it would a good step to isolate the child from other adults and kids. Things to do:

The opposite of stomach flu, if your child hasn’t passed stools for more than 48 hours, it’s time to check for constipation. Other symptoms may include a hard stomach, pain in the abdomen and crankiness. Children of different ages can have varying bowel movements; thus, it is advisable to connect with your doctor before you give anything to your child to relieve the symptoms.

If you see rashes on your child’s limbs, face or trunk and he constantly complains about itching and you frequently catch him scratching, he is suffering from Eczema. Kids who suffer from eczema generally have a family history of this disease. But worry not mama, there are certain things you can do to ease this one of the most common childhood illnesses for your child:

Your child might suffer from a fainting spell at the home or school due to blocked blood circulation to the brain. This might happen due to low blood sugar, extreme physical activity, exercising or playing in the heat or even due to emotional stress. He might regain consciousness within a few minutes but you must go to your doctor to find out the real reason behind it. If your child has been having frequent and prolonged fainting spells, get him checked for epilepsy.