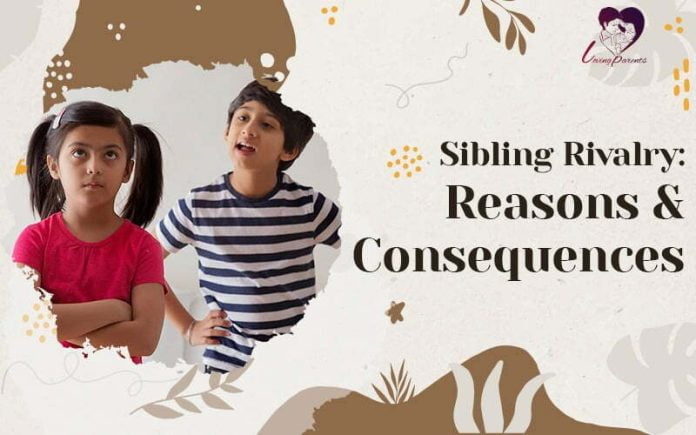 Jealousy has always been a dominant trait of human nature. The thought of getting less attention than before automatically raises a feeling of insecurity especially among children. Sibling rivalry emerges from such insecurities. It is very common in families where there are more than one child and as a result it is quite common among siblings to fight even over little things. Sibling Rivalry starts since childhood and continues till one becomes mature enough to deal with these issues calmly and logically. These fights usually erupts when a child feels lack of attention or even feels unwanted. Often the older child tends to feel such when a younger one comes and tries to take away his/her place in the parents’ life.

Reasons behind such issues:

Almost every parent think that their little ones are mature enough since childhood and share every little thing with their sibling from toys to clothes, from food to television, from defending each other in times of need to sharing every minute details but all in vain. The reality is, children have different personalities and different temperaments which eventually causes fights and struggles among them. There can be ample reasons behind sibling rivalry such as:

As a child grow, their personalities as well as demands starts changing. A baby’s world solely revolves round his/her family and toys. She knows no more. When her sibling or another child tends to play with one of them or comes close to her favourite things, there automatically arises a feeling of jealousy which causes such sibling rivalries over such small issues. Her personality develops as she grows and she wants everyone to relate what he/she is going through. If her sibling fails to do so, her annoyance over her sibling’s behaviour causes struggles. In fact, sometimes it is seen that siblings fight for no reason. It is almost evident that in every house, siblings quarrel over which channel to be watched, almost daily. They don’t think rationally and wants to dominate over the other through such mere issues. Sometimes they argue over who beat whom, who pushed whom, who ate whose chocolates and this goes on. Teenagers are often given to task of teaching and taking care of their siblings which often becomes too much to handle and there erupts a feeling of mental pressure which automatically lets the older child resent the younger one and causes disputes among themselves.

Also Read: How to deal with kids when they do back-talk?

Few children need extra care for being mentally retarded or physically disable. Like adults, children fail to understand this, so when they see their parents taking extra care of his/her sibling there arises a feeling of resentment for her/him and results in rivalry against the other. 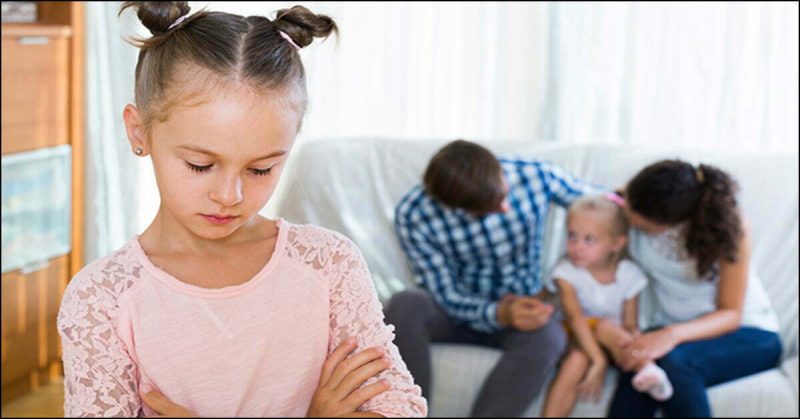 When a second child is born, parents tend to devote most of their time to the younger one. As a result, without even doing any wrong, the younger child automatically seems being resented by the older sibling for getting extra care which eventually in the later days causes rivalry among the two

Often unknowingly adults worsen the relation between the siblings. Praising one child in front of the other lets the other one to feel jealous and of less importance and she automatically possess a feeling of resentment for the other, causing an imbued rivalry within herself. Suppose a mother praises a child for his/her wonderful drawing, the other feels jealous for not being praised equally.

Often fight among parents creates a tension in the family and blemish the wellness of the environment. They unintentionally become the role model of the children which does influence their children and they tend to fight even on minor issues.

Though it is very common to have sibling rivalry in a family, it often grows violent and rough causing serious effects almost upon other members of the family.

Often rivalry among siblings tends to create a competition among the two resulting in the growth of them. In order to become better than the other, siblings indulge in tasks and works and gives their hundred percent to attract parents’ attention which sometimes benefits them. Suppose in case of study, if a sibling gets good marks she automatically gets praised by her parents and the other sibling tends to work hard to get the same thereby working as a positive aspect for the child.

Sometimes this sibling rivalry tends to grow intense with age and causes bitterness among the siblings. Often favoritism of parents of one sibling thoroughly makes the other one jealous and in adulthood also he/she tends to continue this rivalry. Any indifference or less attention to a child hampers a child’s mental growth and personality development and feels being sidelined. She might suffer from loneliness and day by day become morose and depressed. Sometimes this can lead to serious troubles even life-threatening which damages relationships of all kinds let it be with his/her sibling or even with parents. 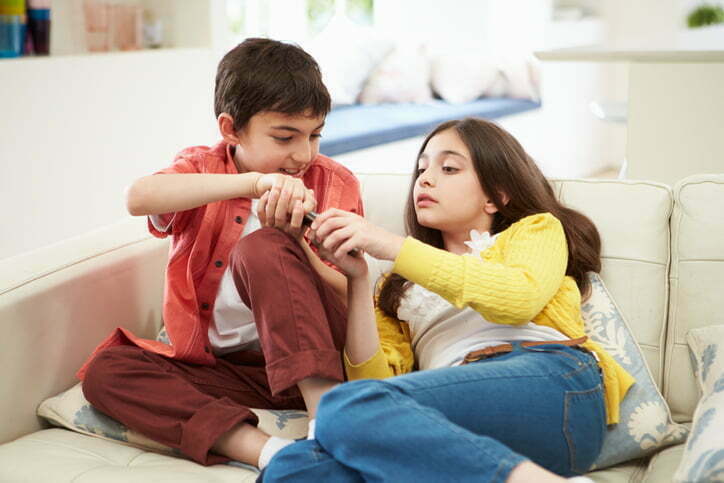 How to handle fights:

Fights can never be predicted forehand and thus can neither be always avoided. The best way to handle a sibling fight is to stay away from it. Children mostly tend to forget such fights within a few hours or a day and handles them in their own way. First separate them during such fights and let them calm first. Get know to know its cause then. Here are some methods to tackle such fights:

Even children tend to seek attention by creating such fights and once parents take part, they are being called each time. Elders thus should let them cope up with the issues themselves mostly but during intense moments, they should come up and try to remain neutral as much as possible to keep things simple.

Adults should always teach them to sympathize with the other and avoid getting into arguments.

Fights are very common among children. They need time to understand things. But extreme aggression or bring rough always should not be tolerated. Parents should set boundaries over certain actions which can erupt into fight. A very common of which will be to setting limit upon any sort of physical fight or restricting the siblings from speaking things or calling unwanted names which can annoy the other.

Often sibling rivalry is neglected and treated as a minor issue. Nonetheless it is the duty of the parents to keep an eye on how aggressive the fights turn to be and what effect they impose upon the children. Fights can psychologically restrict one’s growth and thus no such issues or struggles are to be always neglected. In times of need strict measures to be taken to decrease the number of fights as much as possible ensuring the growth healthy relationship among the siblings.

Foster Care Adoption is the new way to become Parent